Thanks for stopping by this leg of the Regency Christmas blog hop presented by Astraea Press! For my part, I'd like to introduce you to my Christmas Regency Two Turtledoves, the story of Baldwyn Sinclair and Anastasia Trent. 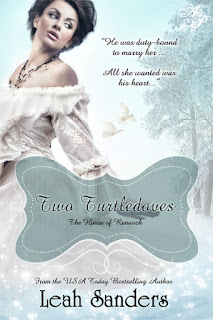 Baldwyn Sinclair, the Duke of Paisley, returns to London in the dead of winter at the request of his overbearing grandmother to find she has made a betrothal contract on his behalf... without his knowledge. Now he is to be married to none other than the girl who used to throw mud at him in order to gain his attention.

He is not happy about the prospect, but he is nothing if not devoted to duty.

Anastasia Trent has been in love with the Duke of Paisley since she was seven years old and has spent her life pining for him, fantasizing about the moment they would see each other again. But when he makes it clear that her imaginings are in vain, her disappointment drives her into the arms of a dangerous man.

It is up to Baldwyn to rescue her once again, to save her from herself, and to find perhaps, along the way, exactly what his own heart was looking for. 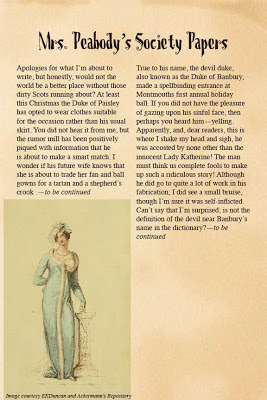 Now for the giveaway! In order to qualify for an entry, leave me a comment about your favorite Christmas tradition. On December 10th, I'll choose three winners at random to give a free ecopy of Two Turtledoves. Already read it? Never fear! I'll let you pick any of my other titles as an alternate. Thanks again for stopping by!

Say hi to Astraea Press's New York Times bestselling author Rachel Van Dyken for me! She's next on the blog hop!
Posted by Leah at 10:00 PM