Another excerpt from the upcoming release Waltzing with the Wallflower, co-authored with Rachel Van Dyken (this is from one of my chapters):

She stared down at her skirt and struggled to free it from the branch with one hand. Even the small movement brought heat to her cheeks, and she hoped no one would notice her predicament. The last thing she needed right now was attention. Turning her focus to the snag, she tugged gently, trying to draw as little notice as possible.

“May I be of some assistance, m’lady?” A rich baritone startled her from her task and her head jerked up to ascertain who was speaking to her. She had been introduced to only one man present at this ball, and surely she would have sensed his approach long before he was close enough to engage her in conversation.

She recognized him in an instant. It was one of the well-known Benson twins. She dared not look long enough to determine which. They were nearly identical, and Cordelia had heard the only way to tell one from the other was by the length of his hair. Unfortunately, his unexpected notice of her brought an immediate mortification constricting in her throat and burning into her neck and cheeks. What was he doing over here? Why was he speaking to her?

“No!” she yelled then remembered herself. “Uh, no. Thank you, my lord.” Her eyes focused on her skirt, while her left hand worked frantically to free it from the entanglement.

His attention meant everyone in the room would also be staring at her. The burning in her cheeks spread to her ears. If only she could melt into the marble floor and disappear.

When a large gloved hand reached around her and twisted the skirt free from the branch, brushing her hand as it did so, she retracted her hand quickly with a gasp. Her eyes darted to his and to the floor again. Her words tangled in her throat and tripped over one another on their way out of her mouth. “I’m sor— Thank y—I mean, pardon me, my lord.”

“Not at all, m’lady. Glad to be of service.” Cordelia dared not speak again for fear of humiliating herself further. Undoubtedly another mess of undecipherable utterances would only speed her already determined fate as an old maid. So she did the only thing she could think of. She spun on her heel and fled, weaving in and out of the throng of debutantes, having no real direction until she caught sight of her aunt sitting among the other matrons.

When the sea of debutantes began to part as if she were being led by Moses himself, Cordelia realized she had failed in her effort to escape. Fear gripped her, making it impossible for her to look up, so she kept her gaze on the path before her and made a beeline to where her aunt waited, imagining she could feel the heat from the man following close behind her.

As she neared her sponsor, the woman’s eyes widened in recognition and a patronizing smile spread across her red lips. She did not return Cordelia’s gaze but rested hers instead on the man behind her.

“Lord Hawthorne, so lovely to see you again,” she crooned with a low curtsy, dropping her fan in a most inappropriate fashion.

“Lady Trowbridge,” he said, reaching for her hand and kissing it chastely. “How do you fare this evening?” Cordelia peeked at him out of the corner of her eye. His brown wavy hair hung unfashionably long, teasing at the edge of his collar. That would make him the elder of the two men, the Earl of Hawthorne, though both men were regarded highly by the bulk of the ton. What could he possibly want with her?

She wasn’t so daft as to believe she would be of interest to anyone other than Sir Bryan, the stench of Cumberland. Which would leave only the man’s pure morbid curiosity.

“Would you be so kind as to introduce me to your lovely charge?” Cordelia again felt the surge of embarrassment warm her neck and cheeks. Her gaze dropped to her hands. She busied herself with straightening her gloves and pretended not to hear Lord Hawthorne’s request.

“Certainly, my lord,” Lady Trowbridge replied. Cordelia’s gaze darted to her aunt’s face just in time to catch her wicked grin. “May I present my niece? Lady Cordelia Edwards.” She nudged Cordelia with an elbow. Cordelia curtsied awkwardly, losing her balance. Flailing her arms forward, she caught Lord Hawthorne’s arm at the last moment and saved herself from falling flat on her face.

Her heart beat wildly in her chest as she righted herself and realized at the same moment she was still clutching his arm. She released her hold immediately, snapping her shaking hand behind her back with a gasp.

And then he laughed. Her humiliation was complete.

And as a special treat, a short excerpt from Rachel's other upcoming release (expected this coming week), The Redemption of Lord Rawlings. I've had the opportunity to read an advance copy of this one. It's UH.MAY.ZING. Just sayin'...

“What are you looking for?” Her sultry voice interrupted his brooding. “I may be able to help.”

Phillip let out an irritated huff. “Brilliant. You see all those gentlemen standing by the lemonade?”

“Do?” Abigail tilted her head. “I believe I’m lost, my lord. What will they do?”

Phillip tightened his grip on her waist, out of a mixture of lust and anger. “I thought it would be obvious, my dear. Any one of them would be acceptable for your attentions. In fact, I’m convinced you can secure at least four marriage proposals tonight, if you so desire. Your hair alone would drive them wild.”

Abigail smiled triumphantly. “So, you like my hair now that it is out of pigtails?”

“Forgive me for being misleading. I wasn’t aiming to compliment you, Abby.”

She rolled her eyes. “Yes, like you did not mean to enjoy the kiss we shared either. Yet I know you did. Oh, close your mouth, Rawlings, before you set the tongues wagging. Interesting. Your skin has turned a sort of red color. You wouldn’t happen to be embarrassed about our little tryst now, would you?”

Phillip bit back the cutting remark, knowing it was improper for a lady’s ears. “I do wonder how Sebastian would feel about my strangling your pretty little neck. It is doubtful that Emma would miss you, since you’re barely old enough to be out of the schoolroom.”

At her brilliant blush and the sudden chip in her haughty attitude, Phillip continued, “Ah, I see I’ve hit a sore spot haven’t I? Dare I say that was your first kiss, Abigail? And how did it fair? Was it so disappointing? I found it wasn’t even enough to become a memory I would hold on to. But that’s because I’ve had practice, which you have obviously not.” Gripping her even tighter around the waist, he pulled her closer, so he could whisper in her ear. “Run along now, and play with those more suitable to your innocent charms and manipulations, my dear. I have more important things to worry about than your blackmail and adolescent kisses.” 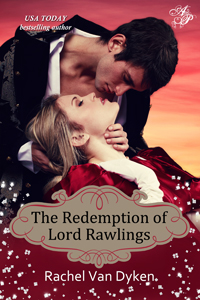 Be looking for this new release as well as Waltzing with a Wallflower--both coming soon!

Back to Sweet Saturday Samples