Welcome to the Party!

Fortune smiles! Today is release day for two fantastic new titles by Rachel Van Dyken: The long-awaited The Redemption of Lord Rawlings, the third book in the House of Renwick trilogy -- and the new novella Waltzing with the Wallflower, co-written by Rachel Van Dyken and Leah Sanders. And also this week a new release by Kay Springsteen and Kim Bowman, the Regency romance, A Lot Like a Lady. All three titles published by Astraea Press.

The Redemption of Lord Rawlings 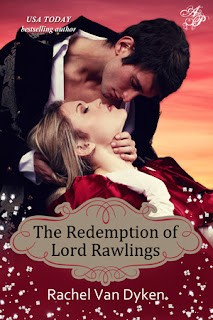 Poor, alone, and lost in the rain--Lord Rawlings has no hope for his future, until an unknown lady appears out of nowhere to kiss him and disappear again as mysteriously as she came.

With society against him and time slipping away, there is very little chance Lord Rawlings will be able to find a suitable wife who will accept him in his fallen state, even if money wasn't in short supply.

Is there anyone who will take a chance on him? And in the mean time, will he be able to resist the young siren who so readily throws herself at him at every turn?


Waltzing with the Wallflower 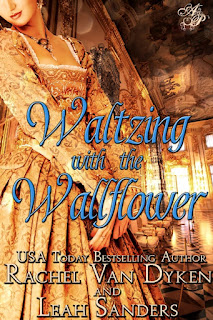 The Season has only just begun, but already Ambrose Benson is bored…until his brother offers him a challenge. Something worthy of his particular talents.

The object: The girl hiding behind the plants—the one in the horrible dress.

The goal: Turn her into the envy of the ton. A lady suitable for a duke.

But there is just something about the lady—in spite of all her social misgivings—something that draws him like a moth to flame and makes him want to waltz with the wallflower.

Ladies’ maid, Juliet Baines has gotten herself into a pickle by agreeing to go to London and taking the place of her mistress and best friend, Annabella Price, stepsister to the Duke of Wyndham. After all, what does a servant know about being a lady? But Juliet soon finds that pretending to be a lady isn’t nearly as hard as guarding her heart against the folly of wanting a man who’s completely out of reach.

Graeme "Grey" Roland Dominick Markwythe, Sixth Duke of Wyndham, approaches his duties as a nobleman with great dedication and meticulous care. And he’s a man who is not easily fooled...except when he tries to convince himself he's not utterly and madly in love with the beautiful imposter who has turned his life upside down. Will society and his responsibilities to his noble status keep him from opening his heart to the woman he loves?


Your turn:
Who is your favorite House of Renwick character?


What is your favorite House of Renwick scene?


Leave me your answers below!

A comment will constitute an entry here for a chance to win one of three prizes.
Your choice of an ebook copy of Waltzing with a Wallflower or A Lot Like a Lady.
Winners will be chosen at random on Sunday, April 1st.


Wonder where to go next? Try Delicious Romance by Rachel OR Whispers from a Book for more chances to win in the Release Party Giveaway.

Still want more? Check out a review of Rawlings!
OR Excerpts from A Lot Like a Lady!
MORE Lady Excerpts by the talented Kay Springsteen and Kim Bowman
Posted by Leah at 11:30 PM