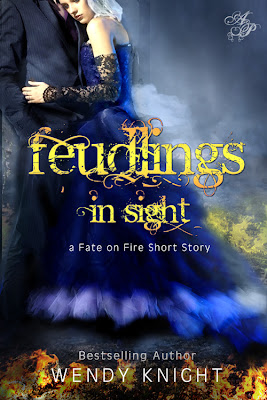 Charity Delyle has lived in the shadow of her Prodigy cousin and his powerful Guard since the day she was born. And she doesn’t mind—really. Except that being in Hunter’s shadow means that he can’t see her. And she’d like that to change.

Hunter has one purpose in life: Protect the Prodigy, or die trying. That means a social life, school, and even Charity come last until the war is over. For the most part, he’s okay with that—he can lose everything if he has to…except his seer.

Starting at a new school should be much safer than living in a war-ravaged Carules headquarters. But this new school is different than the others. Friendships are forged and destinies are questioned, and Hunter’s decision could cost them all everything they’ve been hoping for.


Excerpt:
“Okay, do you want to practice the ones we learned last week or just start new ones?” She had carefully color-coded the spell book with sticky tabs — spells they had mastered, spells they had practiced, spells that would come in handy one day — she was very organized. And if the Council ever found out she put sticky tabs in a book that was over three hundred years old, they would kill her completely dead.

“Learn as much as you can, Shane. Gonna be hard to find a place to practice in the mountains of Utah, surrounded by Normals.” Hunter idly traced spells in the air, letting them fizzle and die without igniting them.

“Well, alright.” Charity flipped to the red section — spells that would come in handy one day. She started at the top. “This one is called an Al-able.” The odd word rolled awkwardly off her tongue. “It’s like… it looks like it’s sort of a flat triangle of flames.”
Posted by Leah at 2:02 AM