He handed one to Baldwyn and raised his own in toast. “To your engagement, Paisley. May she be everything you need.” Montmouth gulped the contents of his glass and laughed once more. Baldwyn eyed the amber liquid in his glass before tossing down his whiskey drink as well then lifted his glass to request another. 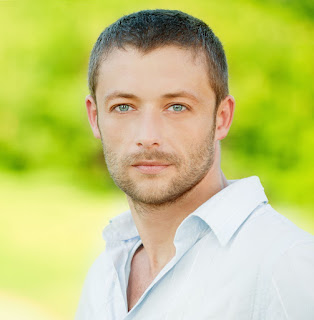 His host shook his head with a smirk and took the glass from Baldwyn’s grasp. “I think not, Paisley. After all, a gentleman should be altogether alert when meeting his future wife.”

“I’d rather be foxed when the assault ensues.” Baldwyn scanned the room once more looking for some worthy place to hide.

As if reading his intent, Montmouth said, “There’s no good place to hide in here, Paisley. Your grandmother will find you if she has to bring in the dogs.” He stepped toward the door. “I have to see to my newly-arriving guests. Feel at liberty to search out a more worthy concealment… but do stay out of my whiskey.” With that, the Duke of Montmouth disappeared through the doorway, leaving Baldwyn to wallow in his apprehension.

He didn’t linger. Eventually, his grandmother would come looking for him. It would be far wiser to keep moving, throw the bloodhounds off his scent. As he entered the corridor the music from the ballroom drifted into the hall. Baldwyn cringed. He would have to dance with her. She would probably trip him.

Baldwyn stepped into the ballroom and glanced around the room. More guests were arriving by the minute. The dowager duchess was nowhere to be seen. His eyes fell on the balcony doors on the far side of the room. A perfect place to hide. No one would yet be there so early in the evening, not with the weather so bitterly cold.

He began his trek through the room, nodding and offering brief polite pleasantries to the few guests he encountered in his path. He could hide there, wait for Lord Marks and his daughter to be announced, and get a good look at the girl before being forced into her company… for life. If nothing else, it would give him an illusion of some control in the arrangement.

“Paisley!” A familiar voice drew his attention from his destination. Baldwyn turned to find himself face to face with an old family friend. One with whom he had spent many a night carousing about the town back in those old days past. 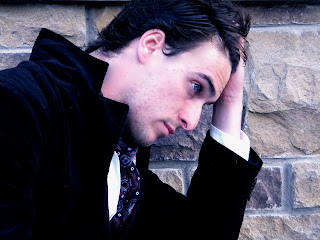 “Rawlings!” The sight of his old chum comforted him somewhat, making him think of simpler times. No responsibilities. No demands. No betrothals.

“You just missed a fair bit of excitement!” Rawlings appeared to be entertained still. Amusement danced behind his dark eyes.

“Oh? What did I miss?” There were hardly enough guests here for a mouse in the kitchen to cause a rumpus. At any rate, there seemed to be no evidence of anything out of the ordinary now.

“The dowager duchess discovered Banbury on the balcony with Lady Katherine. The look on his face! I’ll never forget that sight as long as I live.”

It took a moment to fully absorb the information. Surely not even his grandmother would be capable of two forced betrothals in one evening. A knot formed in his stomach. Even if he had entertained thoughts of escaping her schemes, the old woman would find a way to trap him. Just as she had apparently done to Benedict, his cousin. Perhaps he had shown signs of less than full cooperation.

Baldwyn would have to step prudently. Avoid balconies, dark corners, and above all, Lord Marks’ daughter. If Benedict Devlyn, the Devil Duke himself, could be ensnared — a man of legendary prowess, who was always rumored but never seen to be ruining some girl, could find himself caught in a woman’s trap — what hope was there for mankind?

“Where is he now?” Baldwyn scrutinized the growing crowd. If what Rawlings said was true, Benedict would need a shot of that whiskey.

“Somewhere collecting the remaining fragments of his dignity, no doubt,” Rawlings answered with laugh.

“I suppose I had better seek him out and see to his wounded pride.”

“Right. And I must dance with Lady Rawlings before she becomes entrenched in gossip with her sister. It’s good to see you, Paisley.” He bowed slightly and sauntered toward the refreshments where his wife stood conversing with the Duchess of Tempest.
Posted by Leah at 9:02 PM