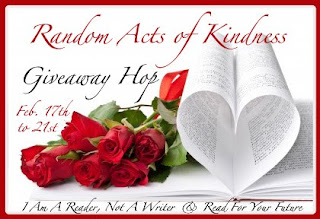 Welcome to this segment of the
Random Acts of Kindness Giveaway Hop! 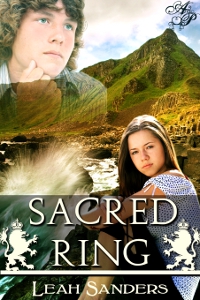 There are many legends surrounding the martyrdom of Saint Valentine. One such story is that of the beloved saint and the jailer's daughter. Valentine had been imprisoned for defying Caesar's orders against military aged men getting married.

The jailer who was entrusted with Saint Valentine's captivity had a young daughter who was blind. Valentine had a reputation as a healer, so the jailer brought his daughter to see him on several occasions. Valentine would pray for her and try different treatments on her eyes. The two became friends.

On the day he was to die, Valentine asked the jailer to deliver a letter to his daughter. He wrote her a note and signed it Your Valentine. Inside the envelope, he put a beautiful crocus flower. He was taken and executed shortly after giving the letter to the jailer.

According to the legend, when the little girl opened the letter, her sight was miraculously restored.

Saint Valentine lived a life full of random acts of kindness. He helped the Christians, healed the sick and befriended the friendless. We can all do with a little more Valentine in our lives.

In Sacred Ring, Kynan Murphy and his two friends go searching for Saint Valentine's ring, which they believe has the power to fix broken relationships. The quest leads them to the northern coast of Ireland where they risk their lives in a dangerous coastal cave in order to find the Sacred Ring.

Sacred Ring is now available for e-readers on Amazon and Barnes and Noble. Want a free copy? Leave a comment here with your contact email for a chance at your free copy in the e-format of your choice. Recipient of this giveaway will be chosen at random and will be notified on February 22nd.

Thanks for stopping by!