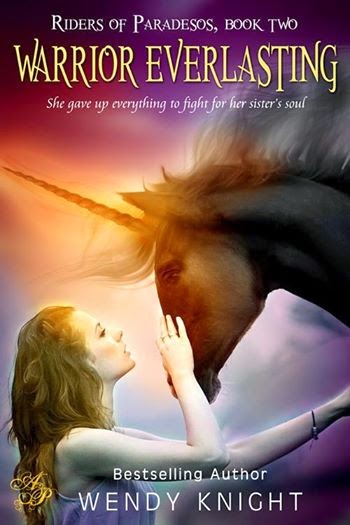 Fighting alongside the boy you shouldn't love is hard enough. Doing it while riding a unicorn who would gleefully fly to her death with you on her back is worse. What makes it insane?
Doing it in hell.

Scout and her unicorn, Ashra, risked everything just to make it into Aptavaras. Their plan is to free Scout’s family and the stolen souls, and seek vengeance on the man who took everything Ashra had once lived for. What they hadn’t counted on was Trey and his unicorn, Torz, following them.

It might be the only thing that will save them.

Because in Aptavaras, the soul stealers are many and the chances of survival are slim. Even if they can get past the demons, trick the demon master, rescue the souls and escape with their lives, there’s only one person who can open the gate, and he’s on the outside defending the world. But Scout, Trey, Ashra and Torz have one thing the soul stealers don’t—