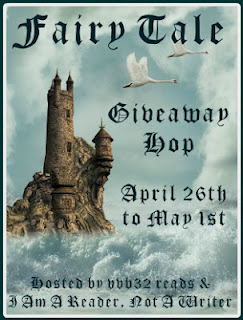 Who doesn't get a little thrill when they hear the words "Once upon a time..." The four little words that set the stage for the "Happily Ever After" we all know is coming. And that's really the whole reason you start reading a book. Especially a book about a fairy tale. We look forward to that ending that makes everything better. The ending that sees the evil stepmother, the big bad wolf and the wicked witch get what they deserve. The ending that sees the hero ride in on his white horse just in time to save the damsel in distress. We want good to triumph, and we just can't get enough of it!

But what would the fairy tale be if not for the villain? After all, it is the trials of life that make the princess into the sweet, prudent, deserving person she is. If she never experienced any hardship, but was given all the privileges of royalty, she would become a spoiled prima donna and no one would like her.

So my top three most evil fairy tale villains?

3) Maleficent of "Sleeping Beauty". Her reasons for mistreating Princess Aurora have nothing to do with the princess herself. In fact, she is just feeling left out (can you say P.M.S.?), so she puts a curse on a newborn infant. I mean, WHO DOES THAT!? And talk about carrying a grudge...SIXTEEN years? Chick has issues.

2) Cinderella's Evil Stepmother. This woman probably does the most psychological damage, since she inflicts a whole childhood of verbal and emotional abuse on the poor orphaned Cinderella. And when it appears that Cinderella may be able to escape her life of servitude and find some joy in her adult life (forget the fact that she's going to be in therapy for years to come), the bitter old woman has to strip her of that too by locking her in her room. I realize a lot of parents fantasize about locking their teenage daughters in their rooms, but somehow I don't think the woman was just trying to protect her virtue.

1) The Evil Queen/Witch in Snow White. Motivated by envy alone, her plan is to murder an innocent girl simply because an enchanted mirror (hear voices much?) told her the girl might end up being prettier than her. And she doesn't stop with the first attempt. Nope. And with each consecutive try, she gets more and more creative. Someone should tell this lady that outer beauty fades with age, but that attitude is a perpetual turn-off. It happens. Accept it. Certainly ain't worth killing someone over. Well, at least she left a little loophole to offer a sporting chance. That true love's kiss sure is a life saver!

For the giveaway on this portion of the hop, I have a book with a new twist on the traditional fairy tale. The Fairy Godmother has to create a happily ever after for the villain. Check out the back cover blurb:

Sixteen-year-old Maggie Winters can’t think of anything more exciting than junior year. There’s her first prom to look forward to, she can drive, and most important—Connor Prince has finally noticed her. But unfortunately so has the school snob, Katrina Melville, who goes out of her way to make Maggie’s life a living hell. If that’s not enough, Maggie’s grandma has decided to retire, which doesn’t seem like such a big deal. That is until she finds out her grandma is a Fairy Godmother, and not just any Fairy Godmother. The Fairy Godmother—as in Cinderella, pumpkins, and mice. And she has informed Maggie that she’s next in line to become the new Fairy Godmother.

At first Maggie is excited, the whole getting wings, flying (or rather trying not to crash), and a wand that lets her grant wishes. It’s like being a superhero, without all the action, explosions, and spandex. Then she gets her first assignment, Katrina Melville, her nemesis. And if that doesn’t make her want to poof herself into oblivion, she finds out that part of Katrina’s happily-ever-after is Connor Prince. Life is so unfair. Even worse, she can’t tell her two best friends about any of it and they’re getting sick of her disappearing acts. Then there are the dangerous creatures, called Grimms who will stop at nothing to keep the happy endings from being fulfilled, even if it means destroying the Fairy Godmother responsible. With time running out, Maggie has to make this wish come true or it will ruin the fates of everyone involved, and open the world to darkness beyond imagination. Maggie will soon find out what it truly means to be a Fairy Godmother—and it isn’t all about princes, gowns, and wings, but something much more.

To qualify for the random drawing, leave a comment below and let me know which fairy tale villain you think is the worst. I'll notify the winner on May 2nd.

As long as we're on the topic of fairy tales...I'm looking forward to the release of Rachel Van Dyken's London Fairy Tale Series, kicking off with a re-telling of Sleeping Beauty called Upon a Midnight Dream. Release date coming sometime in May. Check out Rachel's blog for excerpts and updates!

Rosalind Hartwell is dying, plagued by a sleeping sickness which could strike her at any moment. Even in the middle of a ball as she meets her betrothed for the first time. But it isn't any wonder. Her family has fallen under a curse, and until she marries the barbaric duke, her family will have to pay the fatal consequences.

But Stefan Hudson, the Marquess of Whitmore and future Duke of Montmouth, has spent far too much time on a deserted island and has forgotten the proper way to woo a woman. Between his wicked good looks and his sinful manners, Rosalind doesn't know if marrying him would be any better than living a life under the terrible curse.

The threat of impending death has a way of making one see things in another light, however. So the real question is will Stefan and Rosalind come to an understanding in time to save her and her family from a dreadful fate?